What to expect for the men's competition in Shanghai 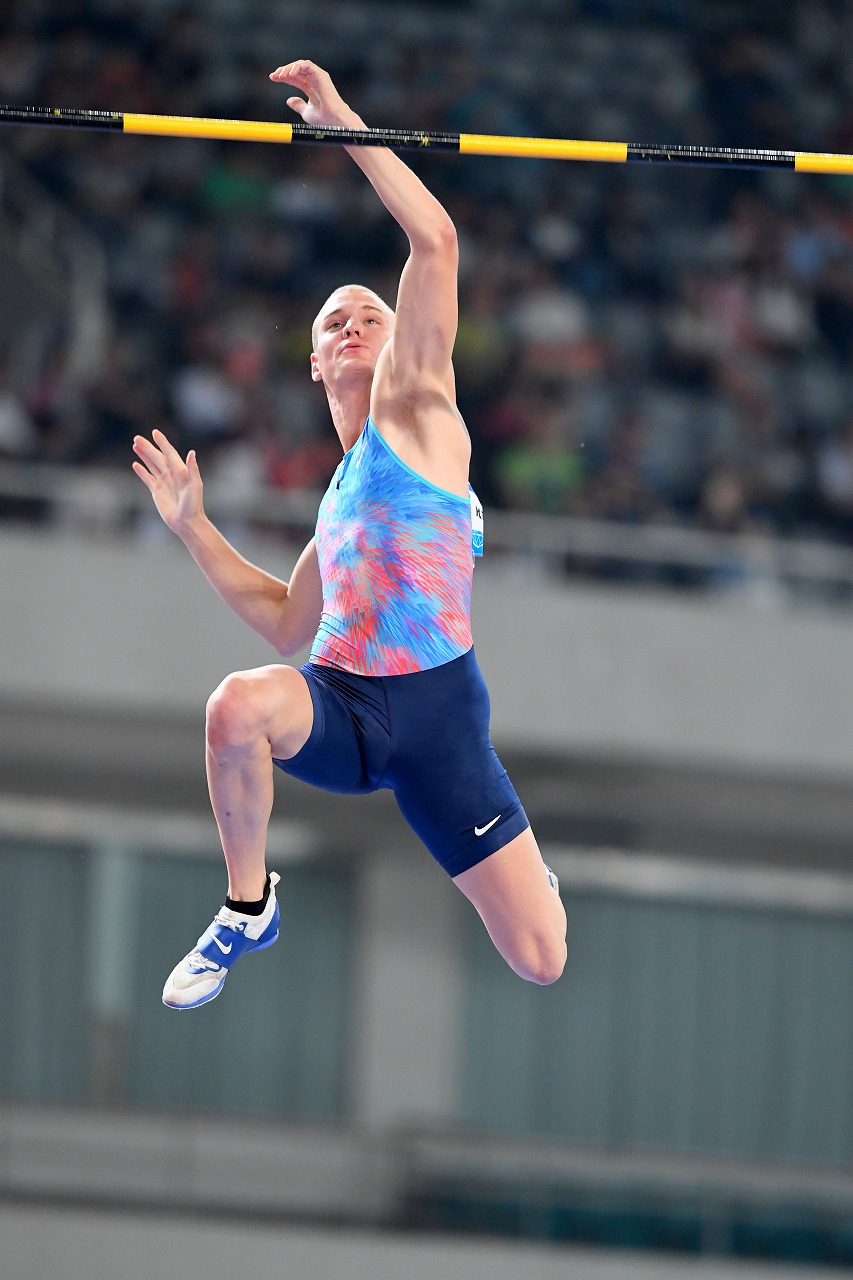 There will be some fantastic lineups this saturday. Here's a whats what on the men's competition

Su’s national record of 9.99 seconds was set in 2015, but the 28-year-old starts this year’s outdoor season in the form of his life after breaking the Asian 60m record three times during the recent indoor campaign.

He lowered the mark twice in three days in February before running 6.42 at the World Indoor Championships in Birmingham to go equal fifth on the world all-time list and clinch a silver medal behind US sprint sensation Christian Coleman.

While their much-anticipated re-match has been scuppered by Coleman’s withdrawal from Shanghai due to a hamstring injury, this race should still be one of the highlights of the meeting.

Su clocked 10.09 to win the 100m last year ahead of a top quality field, succeeding Gatlin as the Shanghai 100m champion. Gatlin clocked 9.94 at the same meeting two years ago and the world champion will be keen to regain his crown in 2018.

Canada’s de Gasse will also be in the mix as he returns to action after straining his hamstring before last summer’s World Championships, as will Chijindu Ujah, a member of Britain’s gold medal-winning sprint relay squad in London, and Isiah Young, a 200m World Championship finalist last summer.

Then there’s Guliyev from Turkey, the world 200m champion whose 100m best of 9.97 was set last July, and Japanese record holder Yoshihide Kiryu who ran 9.98 in September.

Su will have company in Xie Zhenye, who holds the Chinese 200m record and was Asian champion over that distance in 2013.

Isaac Makwala heads the one-lap line-up as he begins his defence of the Diamond League 400m title just a month after winning triple gold at the Commonwealth Games in Australia.

The talented 31-year-old Botswanan returns to Shanghai for the first time in three years to face a field that boasts the men who finished second and third at the World Championships last summer – respectively Steven Gardiner of Bahamas and Qatar’s Abdalleleh Haroun.

Makwala holds the African record of 43.72 but it was Gardiner who came out on top at the opening Diamond League fixture in Doha last week, the Bahamian running a national record of 43.87 to knock Makwala off the top of this year’s world list.

Makwala’s Gold Coast winning time was 44.35, but Haroun also finished ahead of him in Doha and the Botswanan will need to find top form in Shanghai against a line-up that also includes a quartet of Americans, including this year’s world indoor silver medallist, Michael Cherry, and London 2017 world finalist, Fred Kerley.

Add to the mix former world relay champion Vernon Norwood and the double Olympic and three-time world triple jump champion, Christian Taylor, and there’s a fascinating race in prospect. Taylor’s one-lap best stands at 45.17 and he is targeting a first sub-45 time

Jamaica’s world and Olympic relay silver medallist, Javon Francis, is also in the line-up, as is Guo Zhongze, who ran a Chinese record of 45.14 to win the National Games last September. The 21-year-old will need to improve that time if he’s to have any chance of threatening the podium.

The withdrawal of world bronze medallist and defending champion, Kipyegon Bett, means the 800m could well be a battle of the young Kenyans as the 20-year-old Commonwealth champion, Wycliffe Kinyamal, takes on his 18-year-old compatriot, Solomon Lekuta, who won the African junior title last year, and 24-year-old Jonathan Kitilit, who ran a startling 1:43:05 in Paris two years ago.

Bett was the only man under 1:45 in the two-lap race here last year, which saw world record holder David Rudisha relegated to fourth place, and he went on to place third at the London Worlds. But he had a poor run in Doha last week, when he was 10th, and so has left the field clear in Shanghai for the trio of youngsters.

Those aiming to split the Kenyan train include Olympic bronze medallist Clayton Murphy and his US counterpart, Drew Windle, who won the New York Diamond League last year and claimed a silver medal at the World Indoor Championships in Birmingham earlier this year.

The European challenge comes from Olympic finalist Marcin Lewandowski, the experienced Pole who was second at 1500m at this year’s World Indoors and won the European outdoor title in 2010, and Britain’s Andrew Osagie.

Antoine Gakeme of Burundi will also be looking to make his mark – he won a world indoor silver two years ago – while world outdoor finalist Brandon McBride flies the flag for Canada after finishing eighth last year.

Cheruiyot won the Diamond League trophy last August after being pipped to the world crown by Elijah Manangoi in London, and the 22-year-old was forced to play second fiddle to his compatriot again at the Gold Coast Commonwealth Games last month.

Manangoi may not be on the start line in Shanghai, but Cheruiyot still faces a bunch of Kenyan rivals. They include Vincent Kibet, a former world indoor finalist at this distance, Bethwell Birgen, who won world indoor bronze over 3000m this year, Charles Simotwo, who was fifth in the Diamond League final last year and fourth in Doha last week, and Kumari Taki, a talented 18-year-old who has won world youth and junior titles in recent years.

Australia’s 2016 Olympic finalist, Ryan Gregson, is also in the field, as is Brazil’s Thiago André who was seventh at 800m at the World Championships last summer.

World champion Muktar Edris returns to Diamond League action nine months after the biggest triumph of his life when he defeated Britain’s Mo Farah over 5000m at the London World Championships.

The 24-year-old lost to Farah in last year’s Diamond League final two weeks after his London victory and he begins the 2018 campaign in Shanghai as the best of east Africa’s endurance men battle for early season points.

USA’s former Kenyan Paul Chelimo, a world and Olympic medallist, will also be in the hunt for points, as will Bahrainian pair Albert Rop and Birhanu Balew, two Olympic finalists with east African heritage.

Australia’s Stewart McSweyn will hang on their heels looking for a fast time after finishing fifth at the recent Commonwealth Games.

World and Olympic champion Omar McLeod will target a third successive Shanghai victory against a field that reads like a roll call of recent global champions and record breakers.

The Jamaican sprint hurdler produced the fastest time in the world to win the Shanghai meeting’s traditional curtain closer in 2016, clocking 12.98 seconds, and went on to claim the Rio Olympic gold in front of Spain’s Orlando Ortega, the former Cuban he beat in a neck-and-neck tussle to retain his Shanghai crown last May.

McLeod added world outdoor gold to his collection in London last summer but will need to be at his brilliant best to complete a unique Shanghai hat-trick in this event, a feat that eluded even Chinese superstar Liu Xiang during his glittering career.

Ortega is again in the line-up, seeking his first Shanghai victory after finishing runner-up in 2015 and 2017, along with 2015 world champion Sergey Shubenkov, silver medallist at the London World Championships, and the 2012 Olympic champion and world record holder, Aries Merritt, who is looking for a first victory on his seventh appearance at the meeting.

McLeod will be joined by two fellow-Jamaicans in Ronald Levy, the newly anointed Commonwealth Games champion, and Hansle Parchment, a world and Olympic medallist who took Commonwealth silver on the Gold Coast behind his compatriot.

Kendricks cleared 5.88m to win here in 2016 and 2017 and last June went on to land his first six-metre vault at the US championships before taking his first global title in London two months later ahead of Lisek and Lavillenie.

That pair will be among his chief challengers in Shanghai with Lavillenie looking for his first win here since 2014 after placing second in 2016 and 2017.

The 31-year-old got revenge on Kendricks in Birmingham earlier this year when he added a third world indoor title to his 2012 Olympic crown and already leads the world outdoor lists with 5.95m this year.

Three former world champions, Shawnacy Barber, Raphael Holzdeppe and Pawel Wojciechowski, are also in the line-up, as is Kurtis Marschall who thrilled Australian fans by winning the Commonwealth Games title on the Gold Coast last month.

The three-pronged Chinese challenge will be led by Xue Changrui who was fourth at the World Championships in London last summer.

Luvo Manyonga returns to the Shanghai Stadium 12 months after he stunned the crowd with a Diamond League record of 8.61 metres to beat a much-fancied trio of homegrown long jumpers. Manyonga won by almost 40cm last year, a performance that set him on the road to overall success in the world’s premier one-day meeting circuit.

Manyonga arrived in Shanghai last year having leapt to an African record of 8.65m just a few weeks earlier and he remained undefeated throughout the 2017 season, picking up the world title in London and the Diamond League crown in Zürich with jumps of 8.48m and 8.49m respectively.

The South African returns to Shanghai this year with yet another garland around his neck after winning gold at last month’s Gold Coast Commonwealth Games.

But he will need to be at his best to retain the Shanghai crown for the 26-year-old faces the three promising Chinese jumpers he held at bay last year as well as USA’s reigning Olympic champion, Jeff Henderson.

Henderson will hope to get back to his best after placing sixth here last year while Gao Xinglong will hope to get his revenge on Manyonga. Huang Changzhou and Shi Yuhao will be looking for a boost from their home crowd.