‘Sometimes in life it’s not about you,’ says McLeod 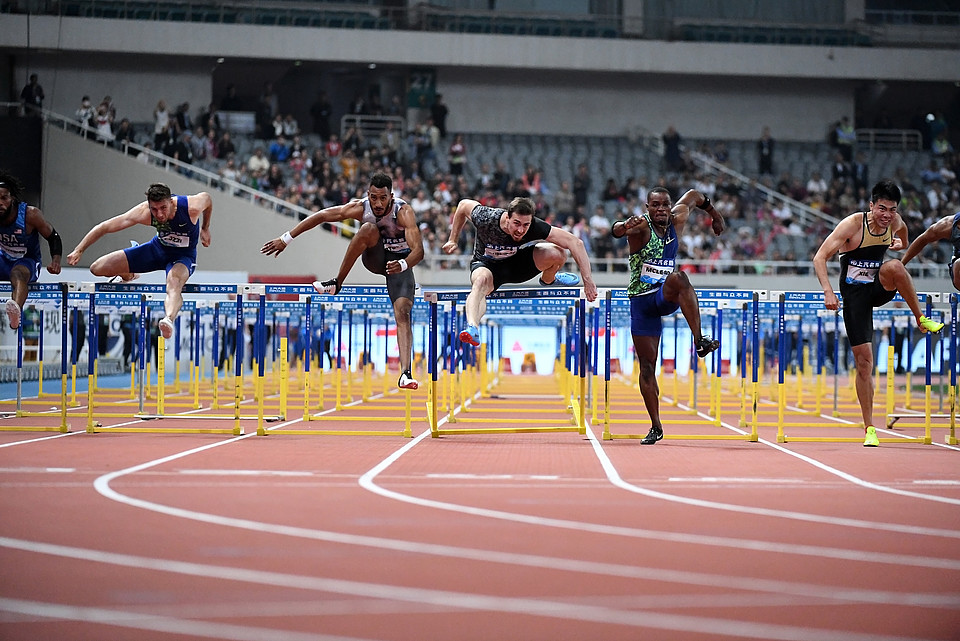 Five event winners from the 2019 Shanghai Diamond League met the media after the meeting to discuss their performances, including sprint hurdler Omar McLeod who overcame his grief at a recent family loss to notch up his fourth Shanghai victory in four years.

On competing in memory of his Aunt Tracey, who died on Friday:

“Sometimes in life it’s not about you, it’s about honouring the lives of people, whether they are alive or dead.

“It was really tough to get out of my bed and show up but I wanted to show myself. Whatever the outcome I wanted to make sure that I was there and did that best that I could. It worked out in my favour.”

On running a personal best to beat Christian Colemen:

“Yeah, I’m definitely please. I mean ‘Woah!’. I guess I am little surprised and I am very excited as you can see.

“In the pre-season I have taken two losses even on my home track so I really wanted to come out here and perform. I said to my coach, ‘I’ve got to do something.’ I told him today in the day we put it all together.”

On whether his victory was a message to his rivals:

“I don’t really think this was a message to my rivals it was more of a message to myself. The 100m has never been my dominant event so I wanted to make sure that this year everybody knows I’m not just a 200m runner.”

On his next race over 200m at the Rome Golden Gala on 6 June:

“I won’t have another race before then. I’m just getting ready for the 200m – it’s been a little too long that I’ve been away from my baby. I need to get back to it.”

On how he’s going to improve the first half of his race:

“I’m not going to lie. If knew what it took I would have been doing it right now. Truthfully, it’s just going to take more repetition, more learning, a third year being a pro. This is really just my second year running the 100m consistently.

“I think the more races I have, the better. As I grow up, I’ll hopefully get more muscle. But mostly it’s little things like getting out of the blocks better.”

On whether he is satisfied with his time:

“I ran my pre-race target. I had a pretty good start and the first 60m was good but the later part of the race, the leaders, including Noah (Lyles) were so fast they disrupted my rhythm. But still I finished within my target so it seems I am in form.

“I will pick myself up for the next race and hopefully I can run under 10 seconds and challenge my personal best of 9.90.”

On how she feels with her first outdoor victory of 2019:

“It is very nice to start the season with a win, especially in the Diamond League. We made a crazy decision yesterday to change the beginning of my run-up, which made almost no sense until today when it did.

“Now I want to go back to training and actually practice the new run and see how high it will take us. It’s still May so I am very excited.”

Lyu Huihui (CHN), winner if the women’s javelin with a meeting record of 66.89m

On defending her Shanghai DL title:

“My stability comes from my years of practice. I am always strict with myself and demanding the best. I also pay a lot of attention to how I can seize opportunities.

“I owe gratitude to my coach who has assisted me a lot over the years. Hopefully I can maintain my form to the World Championships later this year.”

On whether the Shanghai Stadium is a lucky place for her:

“My victory relied a bit on luck today but this year the most important thing is the Doha World Championships. I made a few mistakes today and it wasn’t up to my expectations. Sometimes you feel a bit nervous at big events, so I will try to address those issues in my training and improve my performance at the Worlds.”