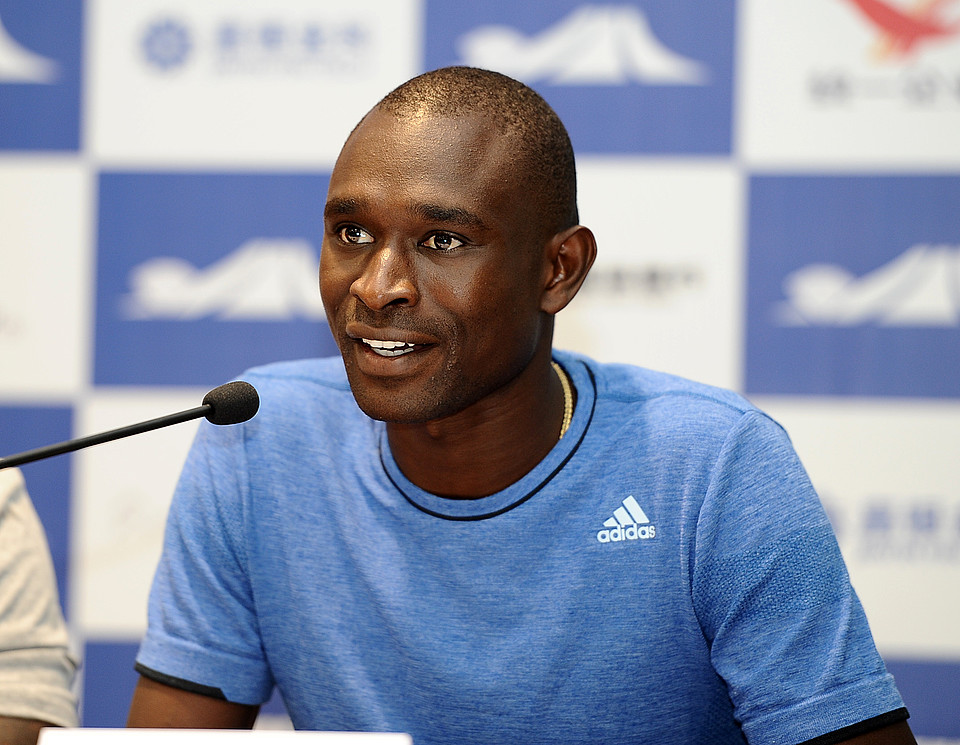 David Rudisha believes he’s in shape to break the meeting record on Saturday when he kicks off his 2016 Diamond League campaign with his first ever appearance at the Shanghai Stadium.

The 800m world record holder made his customary early season visit to Australia in March when he clocked 1:44.78 to win the Melbourne World Challenge. But after some good training back on home soil in Kenya, Rudisha says he’s ready to dip below 1:44 for the first time this season as he gears up for his Olympic title defense in Rio this August.
“I want to run a fast time in Shanghai,” said the 27-year-old, who returns to China just nine months after recapturing his World Championships crown in Beijing. “This is my first competition in the main season, apart from Australia. Since then I’ve done some good training back in Kenya so I’m hoping to improve my time. “I think I can run something like 1:43.50 and perhaps get a season’s best. That would be a good performance for me here.”
That sort of time would smash the Shanghai meeting record of 1:44.63 set by Rudisha’s compatriot and predecessor as Olympic champion, Wilfred Bungei, back in September 2008.
With four fellow Kenyans and a pair of handy Americans lined up against him, Rudisha may even be pushed to threaten the early season world lead of 1:43.37 clocked by Nicholas Kipkoech at the Kenyan Defence Championships two weeks ago.
Those trying to inflict defeat on the world champion in Shanghai include Beijing world finalists, Ferguson Cheruiyot Rotich and Alfred Kipketer, and 2013 1500m world youth champion Robert Biwott, plus US duo Erik Sowinski and Nick Symmonds.
Sowinski has already shown good form this year, picking up a world indoor bronze in Portland in March, while Symmonds was a world outdoor silver medallist in 2013. Antoine Gakeme of Burundi should also be full of confidence after winning world indoor silver this year.
But with memories of his astonishing world record victory at London 2012 spurring him on the road to Rio, the front-running Rudisha says he is not worried about his opponents at this stage of the season, focusing instead on improving with every race. Four years ago he opened his unbeaten Diamond League campaign with victory in Doha in 1:43.10 before going on to run 1:41.74 in New York as he built towards that 1:40.91 world record in the London Olympic final.
Not surprisingly, he is reluctant to compare his current shape to that defining year. “It’s my first competition here and I’m looking forward to it,” he said. “I take it very seriously. “It’s important for me to keep improving every time I run so I can be at top form in August.”