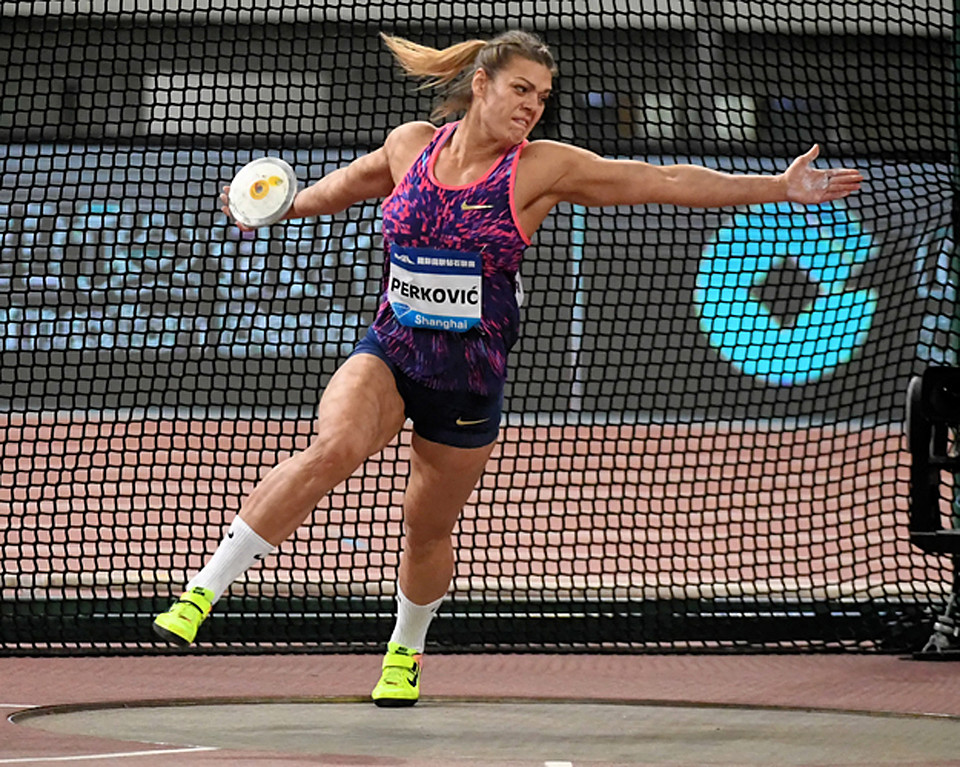 The first ever mixed gender discus contest was hailed as “a great experience” by Sandra Perkovic after the double Olympic champion had extended her love affair with the Shanghai Diamond League by taking her fourth victory in four appearances on Saturday (13 May).

The Croatian’s winning effort of 66.94 metres may not have reached the great distances of previous years, when she’s thrown beyond 70 metres and set national, stadium and Diamond League records. But the unique format of alternating men’s and women’s rounds, and having both fields on the infield at the same time, was one she hopes to see repeated at future meetings.

“This was my first mixed competition and I’ve never experienced anything like it before,” said Perkovic, who finished nearly half a metre ahead of Australia’s Dani Stevens with Cuba’s world champion Denia Cabellero third.

“It was a great experience, it was a good because we were pushing each other. It was not just the girls you were looking at, but the guys as well.

“I am happy with first but I know I am in better shape, so maybe it was a bit of a shock for me to do this the first time. I hope we can do it again at the Diamond League meetings in Stockholm and Oslo, and I will do much better.”

Perkovic’s love of the Shanghai discus circle is shared by Stevens who was second for the fourth time.

“I love throwing in Shanghai it is good circle and good conditions,” said the Australian, who won the world title back in 2009.

“It was a difficult competition and a long competition, although I like throwing with the men.”

Perkovic also won the battle of the sexes as all three women medallists threw further than men’s winner Philip Milanov of Belgium, whose best of 64.94m was exactly two metres less – although, of course, with a heavier 2kg implement compared to the women’s 1kg disc.

Afterwards Perkovics hinted that the women’s apparent superiority was perhaps not surprising as she’d not only picked up useful tips and advice from some of her close-at-hand male colleagues, but gained a rare insight into the different mindset of the male athlete.

“I had great support from Piotr Malachowski (Poland’s world and European champion) and Daniel Stähl (of Sweden), and some of the other men. It was a good opportunity to learn from them,” she said, before adding with a laugh, “but I have to say mostly what I realised being out there with them is that women are more professional.

“Some of them were playing with tennis balls between the rounds. I couldn’t believe it! So I realise now that we women are more professional.”

“I’ll have to have words with Sandra about that,” joked Milanov later. “I enjoyed competing with the women. There were long breaks between the rounds but it was good because I could just watch the girls and that took my mind off it.

“I have my own rituals during the competition,” added Belgium’s world and European silver medallist. “It is more on a mental level in terms of focussing.

“I also have to eat a lot during the competition. Because of the nerves I burn a lot calories. I mostly eat bananas.”