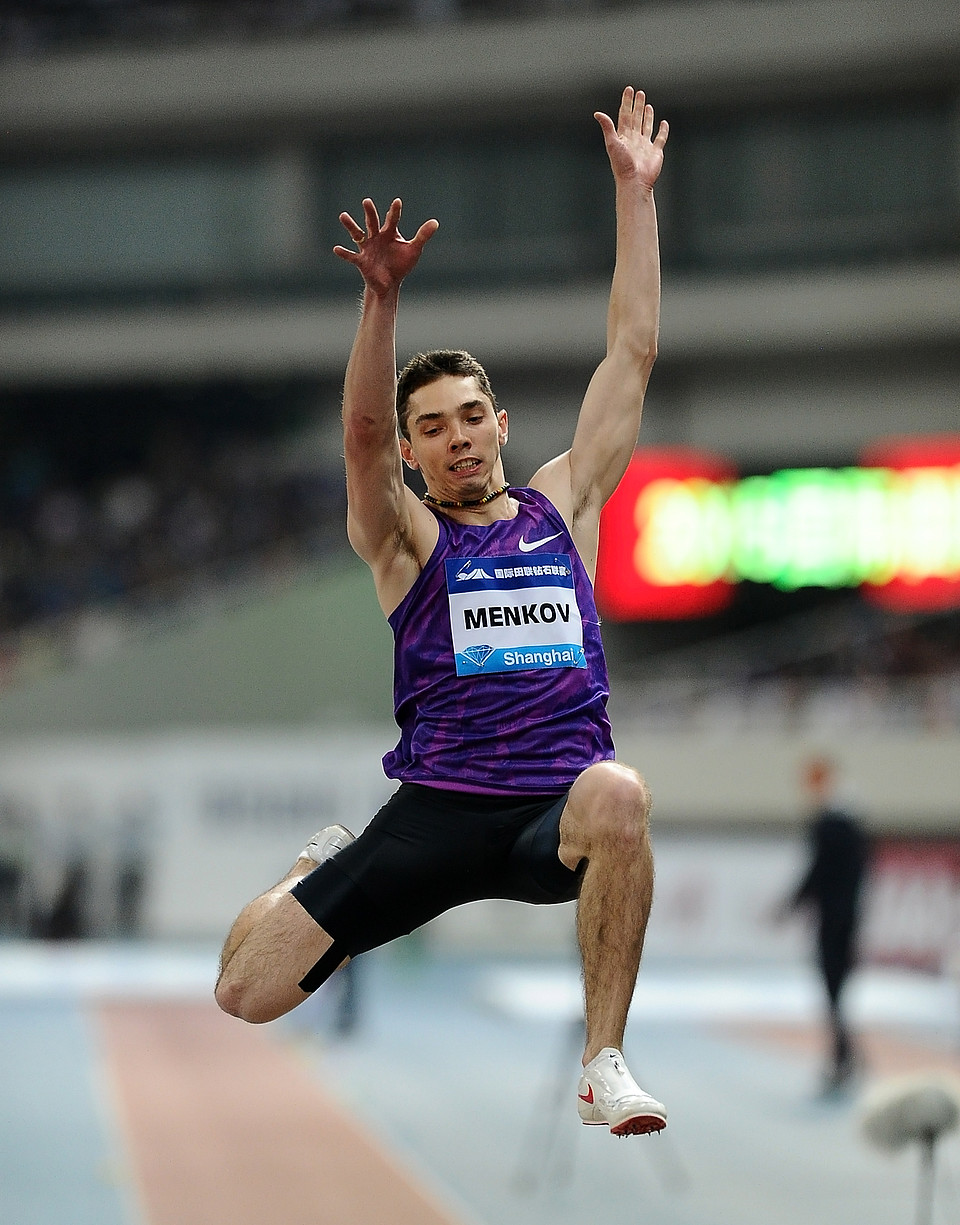 A leap of 8.27m gave world champion Aleksandr Menkov the slimmest of victories over world leader Jeffrey Henderson as just 2cm separated the top three. Henderson landed at 8.26 in the first round giving the American the lead until round five when his Russian rival snatched victory by 1cm after trailing in fourth place behind Chinese pair Wang Jianan and Li Jinzhe. Wang’s fourth round jump of 8.25 briefly put him second and was long enough to clinch third at the end by 4cm from Li. Britain’s Olympic and European champion Greg Rutherford could only finish seventh with 8.05, his best of the year by 4cm but well short of what was needed.