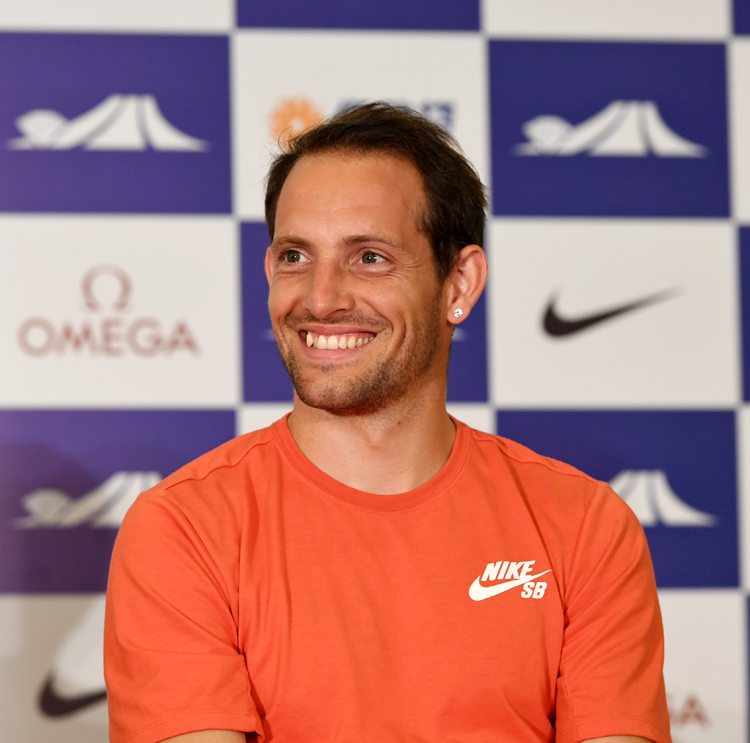 The Frenchman, who broke vault legend Sergey Bubka’s long-standing world record three years ago, lost his Olympic title to Brazil’s Thiago Braz in Rio last summer and then suffered quadriceps and hamstring injuries that prevented him training at full force until just one month ago.

But Lavillenie is relishing the chance to get back to competition in Shanghai where he set the meeting record of 5.92m in 2014. After placing second behind Sam Kendricks of USA last year, the 30-year-old believes he’s in shape to claim victory again as he embarks on a quest to win a record eighth Diamond Trophy.

“I’m excited to be back in Shanghai because I have jumped well here in the past and I think I’m ready to do well at this meeting again,” he said.

“I don’t really know what to expect, but my recent training has been pretty good. It’s my first competition of the year and that’s always unpredictable, so I just have to stay focused on my jumping and get back to having that competitive feeling.

“The good thing is I have no pain now, no injury, so after the last few months I am feeling confident again. I’ve only been back in full training since the beginning of April, so I now have three or four months of full training and competition before the Worlds.

“I need to take things slowly, of course, and to enjoy being healthy and in shape. London is in just a few months but I have time to get back to where I want to be.”

While the Worlds is clearly Lavillenie’s number one goal this year – the 2012 Olympic and three-time European champion has placed third three times and second once at his four previous championships – he is also keen to retain his unbeaten status as the only pole vaulter to win the Diamond Trophy since the League started in 2010.

“I keep all my seven Diamond Trophies in the same place at my home,” joked Lavillenie. “Luckily my place is big enough for all of them. I would like to add another one to my collection.”

One of those vaulters who’ll be trying to stop him is Braz, whose stunning Rio victory over the Frenchman in front of jubilant home fans was one of the highlights of the Games. Braz will compete in Shanghai for the first time tomorrow when he will also face Kendricks and the last two world champions, Raphael Holzdeppe of Germany and Canada’s Shawn Barber.

“I have big dreams to be like Renaud, for sure,” said Braz, who leapt an Olympic record of 6.03m in the Rio final. “I want to jump higher, and in time to reach the world record, perhaps.

“But tomorrow I just want a good jump and I expect a good result. We’ll see what happens.”