Hassan the headline act as distance stars flock to Shanghai 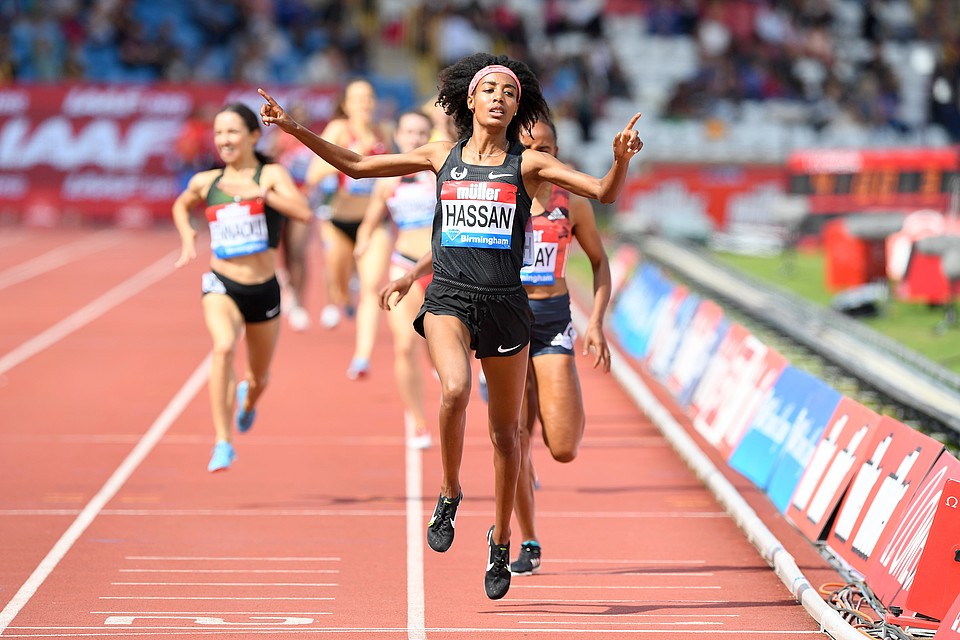 European 5000m champion Sifan Hassan takes on the world’s best metric milers at the 2019 Shanghai Diamond League on Saturday 18 May when she returns to China’s premier one-day athletics meeting for the first time since her breakthrough performance in the same venue exactly five years ago.

She went on to break the four-minute barrier in her very next race, claiming the Netherland’s senior record in the process, and won European gold ahead of Aregawi at the same distance in Zürich that summer.

She added European and world indoor titles at 1500m over the next two years and last August became the continent’s 5000m champion in Berlin before setting her first world record running 14:44 for 5km on the roads in Monaco this February.

Now 26, the Ethiopian-born star of Dutch distance running will be hoping to take that form onto the track when she headlines the three star-studded distance races in the Shanghai Stadium next month.

Hassan clocked the third fastest 1500m time in the world last year when she ran 3:57.41 during a mile race in London, and she will need to be close to her best in three weeks’ time when she faces a clutch of quick Africans plus USA’s former world silver medallist, Brenda Martinez.

Her main challenge could come from Ethiopia in the shape of former world indoor silver and bronze medallists, Gudaf Tseday and Dawit Seyaum, while last year’s African champion, Winny Chebet, and fellow Kenyan Nelly Jepkosgei should also be in the mix.

With a best of 3:56.05 from 2015, Hassan will be favoured to take an early season victory, but three other women have sub-4 minute times to their names, and all will be keen to gain Diamond League points.

Add to the picture Selemon Berega, who ran the fastest 5000m of 2018 to win the super-quick Diamond League final last August, plus fellow Ethiopian Hagos Gebrhiwet, who was second in Brussels, and there’s quite a race in prospect in Shanghai.

As there is in the women’s 3000m steeplechase where world record holder, Beatrice Chepkoech hopes to repeat last year’s dramatic victory when she takes on fellow Kenyans Hyvin Kiyeng, the 2015 world champion and Olympic silver medallist, Celliphine Chespol, the current world junior champion, and Norah Jeruto, the 2016 African champion.

Chepkoech won last year’s race when Jeruto slipped and fell in the home straight after the pair had broken free before the final lap.

Bahrain’s Asian Games champion, Winfred Yavi, and Ugandan teenager Peruth Chemutai, will also be ones to watch as they seek to break up the Kenyan train.