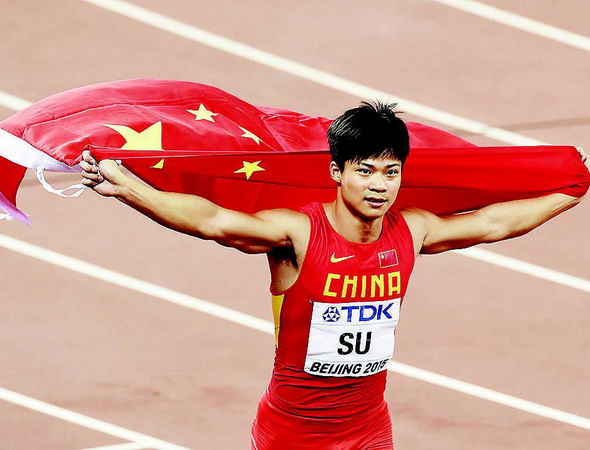 Diamond League Shanghai presented by SAIC Motor announced recently the entry list of local athletes of all the 16 disciplines awaiting the top icons from around the world to compete at the season’s second premium event which will be staged on May 12 at Shanghai Stadium.

Su Bingtian and Xie Zhenye, dubbed as the Dash Duo in China, will line up at star-filled Men’s 100m which include Olympic gold medalist Justin Gatlin, and Christian Coleman, the world record holder of 60m. The 36-year-old US sprinter remains one of the most competitive athletes, winning the gold medal in 2017 London World Championship by overtaking Usian Bolt. Su, the Asian record holder of 60m, stunned the world earlier this year by four consecutive wins in the indoor season and Xie made his personal best of less than 10 seconds in 2017.

Men’s 110m hurdles, the legacy discipline in Shanghai even after the retirement of the legendary Liu Xiang, will see Xie Wenjun to compete with Omar McLeod and Orlando Ortega, the gold medalist and silver medalist at Rio. Xie is trained by the same coach with Liu Xiang and has won the champion in Shangahi in 2014.

Both Mens’ Pole Vault and Men’s Jump will have three Chinese athletes. Xue Changrui, with his personal best of 5.85m in 2017, will challenge at home filed the dominance of Renauld Lavillenie, the world record holder of Men’a Pole Vault. While at Men’s long jump, the Chinese dream team boast the potential to win medals despite of World Champion Luvo Manyonga. Chinese long jumpers won 2nd-4th place last year in Shanghai.

On the women’s side, Gong Lijiao, the shot put winner of London World Championship and  Diamond Trophy owner in 2017, will seek to continue her dominance in Shanghai. While Lv Huihui, the bronze medalist of Wolrd Championship in London and meeting record holder, will compete at women’s Javelin.

Chinese women sprinter, Wei Yongli, the champion of 100m and silver medalist of 200m in Asian Championships, will participate 200m in Shanghai meeting. Wei is looking forward to bring surprise with her thundering strides.

Without World Championships or Olympic Games, 2018 will find the IAAF Diamond League more fierce competition and Shanghai, the second meeting of the outdoor season, is expected to reflect the intensity.