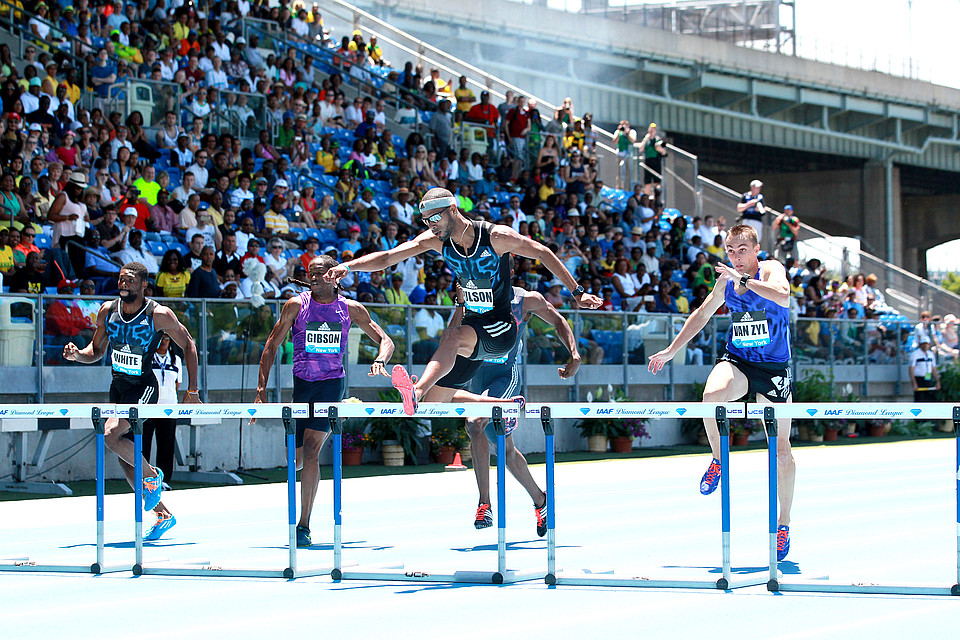 World champion Nicholas Bett heads a 400m hurdles line-up at the 2016 Shanghai Diamond League that could even put the meeting’s favourite event, the sprint hurdles, in the shade.

Bett produced one of the shocks of the World Championships in Beijing last summer when he won gold in the one-lap hurdles final with a Kenyan record of 47.79 seconds, good enough to rank number one in the world for 2015.

Now Bett will be one of the favourites for the Olympic title in Rio this August as he returns to China to begin his 2016 campaign at the nation’s premier one-day athletics meeting on 14 May in only his second ever Diamond League race.

At a meeting where the 110m hurdles traditionally provides the climax to a hectic evening’s action, it’s the one-lap event that could be writing the headlines this year for Bett’s opponents include not only Jackson, the 2005 world champion who dominated the Diamond League standings last year, but his US compatriots Michael Tinsley, the 2012 Olympic and 2013 world silver medallist, and Kerron Clement, the 2007 and 2009 world champion, who was fourth at the 2015 Worlds and is the seventh fastest of all time.

Add to the mix Turkish record holder Yasmani Copello, another 2015 World Championship finalist, and China’s own Asian Games bronze medallist, Cheng Wen, and you have an event good enough to match almost any on the Diamond League circuit.

It was Tinsley who took maximum Diamond League points when this event was last contested in Shanghai two years ago and the American will have high hopes of repeating his success this time. Jackson was third in 2014 and he will hope to kick off his Diamond Race defence in style while van Zyl is a Shanghai veteran, having finished fifth here in 2012 and fourth 24 months ago when Gibson was fourth.

Bett and Culson will both make their Shanghai DL debuts this year, while Cheng carriers the hopes of the home crowd having clinched third place in 2012.