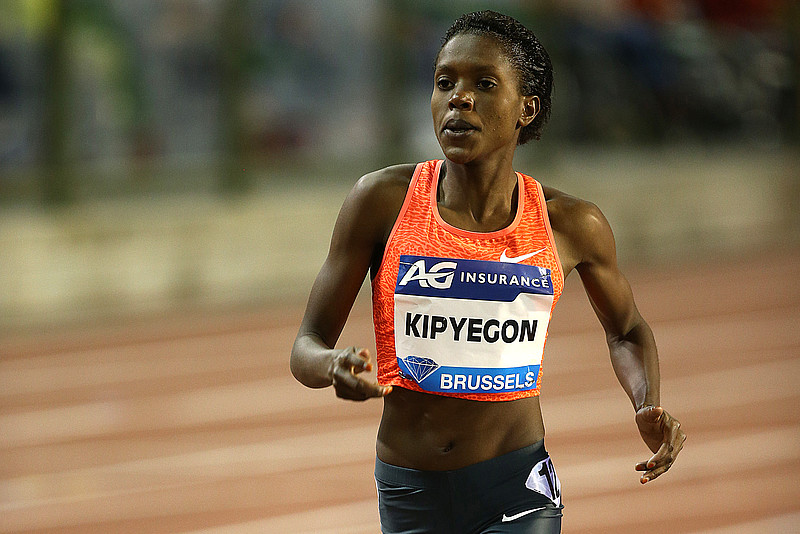 The women's previews for the 2016 IAAF Diamond League Shanghai.

200m
Two-time Olympic 200m champion Veronica Campbell-Brown lines up against a trio of Americans as she returns to Shanghai just 12 months after being beaten here by Nigeria's multi-talented Blessing Okagbare over 100m.
The Jamaican, who is aiming to complete an Olympic hat-trick in Rio later this summer, triumphed over 100m at this meeting in 2011 and at 200m in 2012. She currently lies third in the world rankings after running 22.29 at the end of April, but will face formidable opposition this year from US sprinters Candyce Mc.Grone, Jeneba Tarmoh and Tiffany Townsend.
McGrone will be a particular threat as looks to build on her 2015 breakthrough when she was fourth in Beijing, while Tarmoh is a former world junior 100m champion who was sixth over 200m at the World Championships after placing fith at the 2013 Moscow Worlds.
Campbell-Brown will also have an eye on Ivory Coast athlete Murielle Ahouré who won two sprint silvers behind Shelly-Ann Fraser-Pryce at the 2013 Worlds, while fellow Jamaican Anneisha McLaughlin is an experienced campaigner who was fifth at the World Championships in 2009.
Wei Yongli, the 2014 Asian Games 100m champion, will be looking to take a few scalps on home soil.

400m
World silver medallist Shaunae Miller will be the woman to beat in the one-lap sprint after the 22-year-old Bahamanian leapt to the top of the world standings last month. Miller ran 49.69 on home soil in Nassau a month ago, just 0.02s slower than her medal-winning run behind Allyson Felix in Beijing last summer.
Miller was runner-up to Francena McCorory in last year’s Diamond Race and will be looking to make a winning start this time as she faces Beijing bronze medallist Shericka Jackson, plus the four women who placed beneath her in the 2015 DL standings – that’s Jamaican trio Stephanie Ann McPherson, Christine Day and Novlene Williams-Mills, and Natasha Hastings from USA. Day, McPherson and Williams-Mills finished fourth, fifth and sixth respectively in the Beijing final before teaming up with Jackson to win 4x400m gold for Jamaica.
The experienced Hastings failed to make the individual Beijing final but won relay gold for USA at the recent World Indoor Championships in Portland. She’s joined by fellow-American Ashley Spencer, the world indoor silver medallist, while Romania’s European under 23 champion Bianca Razor and Wang Chunyu of China make up the field.

1500m
Kenya’s middle distance star Faith Kipyegon returns to China nine months after winning world silver in Beijing ahead of Sifan Hassan, the world indoor champion, who has been forced to withdraw from this year’s meeting. The Kenyan got the better of her Dutch rival again in the final Diamond League race of 2015 when she broke the African record in a thrilling one mile race in Brussels. At 22, she has already garnered a string of honours, including two world juni or cross country crowns, world youth and junior golds on the track, and the 2014 Commonwealth Games 1500m crown.She has good reason to relish her return to Shanghai having broken the Kenyan junior record here in 2012. She lowered her PB a year later when she ran 3:56.98 to break the African junior record. Kipyegon has three Kenyan compatriots for company, including Hellen Obiri, the former world bronze medallist and world indoor 3000m champion, while a pair of 19-year-old world indoor medallists, Dawit Seyaum and Gudaf Tsegay, form a three-pronged Ethiopian challenge with Besu Sado, last year’s African Games silver medallist. The 2011 world champion Jenny Simpson is also in the line-up along with her US compatriot, Lauren Johnson. Asian Championships silver medallist Zhao Jing is the best of the Chinese hopes.

3000m steeplechase
World champion Hyvin Kiyeng will be favourite for maximum points over the barriers as she faces last year’s Diamond Race winner, Virginia Nyambura of Kenya, plus Ethiopia’s talented duo, Olympic silver medallist Sofia Assefa and Hiwot Ayalew, a world and Olympic fourth-placer. The two Ethiopians were second and third here in 2014 when USA’s Emma Coburn ran away from the field and they will be keen not to make the same mistake again. Coburn’s not in the line-up this time, but this season’s early world leader, Lalita Babar, is among the starters, as is China’s Zhang Xinyan, who ranks second in the world so far. Babar broke the Indian record in New Delhi last month while Zhang took 18 seconds from her PB at China’s National Distance Running Grand Prix in Louyang on 6 May. Both went under 9:30 for the first time. Kenya have strength in depth with 10 in the field, including Purity Kirui, a former world youth and Commonwealth Games champion, and Lidya Chepkurui, the 2013 world silver medallist. Former Kenyan world junior champion Ruth Jebet will run for Bahrain.

Beijing long jump champion Tianna Bartoletta takes on world bronze medallist Ivana Spanovic just six days after winning a sprint-long jump double in Kawasaki.
Bartoletta was the outstanding long jumper of 2015 when she not only regained the world title she’d won 10 years previously but dominated the Diamond Race, beating Spanovic to the Trophy by eight points.
Spanovic will be full of confidence too as she makes her 2016 outdoor debut after breaking the Serbian record to win world indoor silver in Portland in March with the third 7m leap of her career.
Last year’s European indoor champion will also be up against two continental rivals – British Lorraine Ugen, a world indoor bronze medallist, and Germany’s European indoor silver medallist, Sosthene Moguenara.
Bartoletta has US company in the shape of Funmi Jimoh and Olympic bronze medallist Janay DeLoach, while Christabel Nettey of Canada will be looking for a strong start to her Diamond League campaign after finishing fourth last year and just missing a medal in the world final.

Discus
Olympic champion Sandra Perkovic comes up against Denia Caballero, the Cuban who beat her in last year’s World Championships, at the stadium where she threw Croatian records to win both the 2012 and 2014 Shanghai Diamond League meetings.
Perkovic went on to clinch a third European title in 2014 to add to her 2012 Olympic and 2013 world crowns. But, despite dominating the 2015 Diamond Race, she was beaten by Caballero in Beijing last August when the Cuban’s 69.28m was more than two metres beyond her longest effort of the night.
Perkovic has already breached 70m this year and leads the world standings from Caballero’s compatriot, Yaimí Pérez, with Caballero third and 2009 world champion Dani Samuels fourth.
Samuels is also in the field and the Australian will be looking for her first Shanghai victory after finishing third in 2012 and second two years ago, while Pérez – who was fourth in Beijing – returns to China after winning the Cuban championships in March.
Gia Lewis-Smallwood inflicted an unexpected defeat on Perkovic in Glasgow two years ago and the 37-year-old American will be hoping for another surprise performance this time.
Britain’s Jade Lally, currently fifth on the world list, and world finalist Whitney Ashley of USA, will also be in the hunt for points, as will Chinese pair Chen Yang and Su Xinyue. Chen lies eighth in the world this year while Su was Asian champion in 2013 and 2015 and finished eighth in the Beijing World Championships last year.